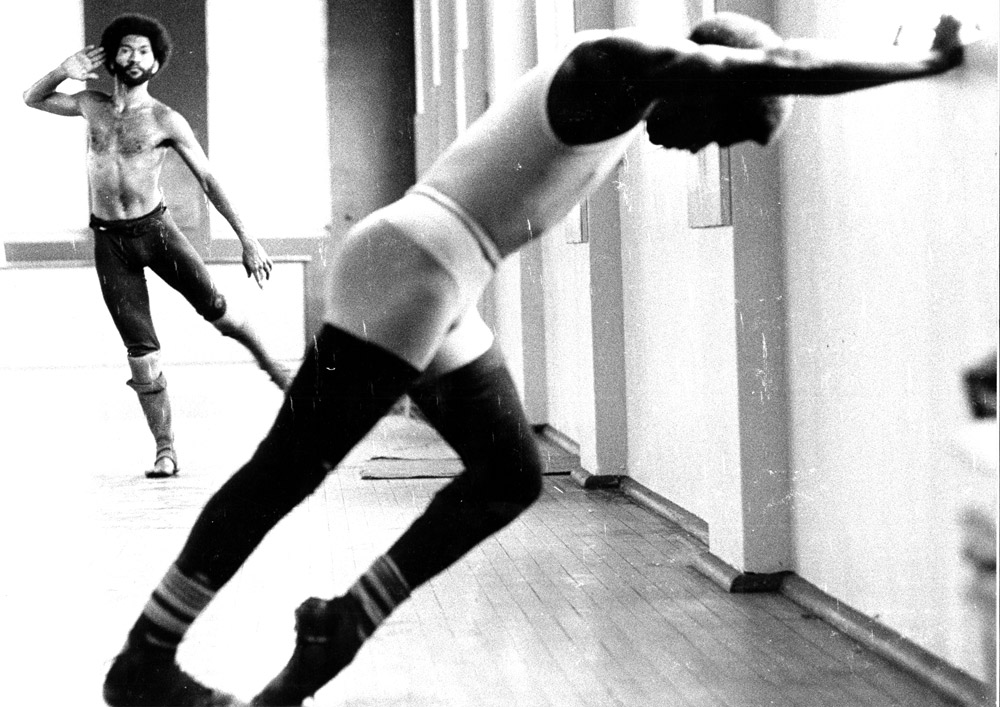 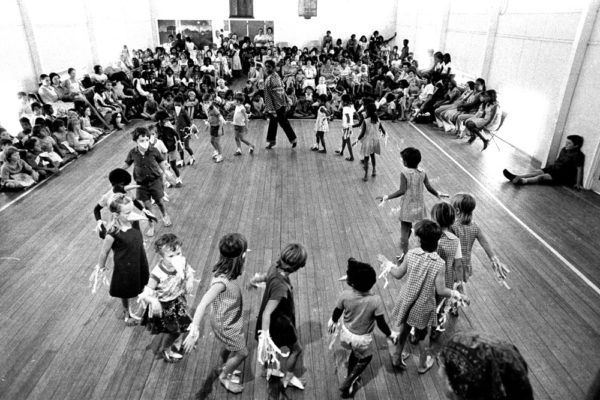 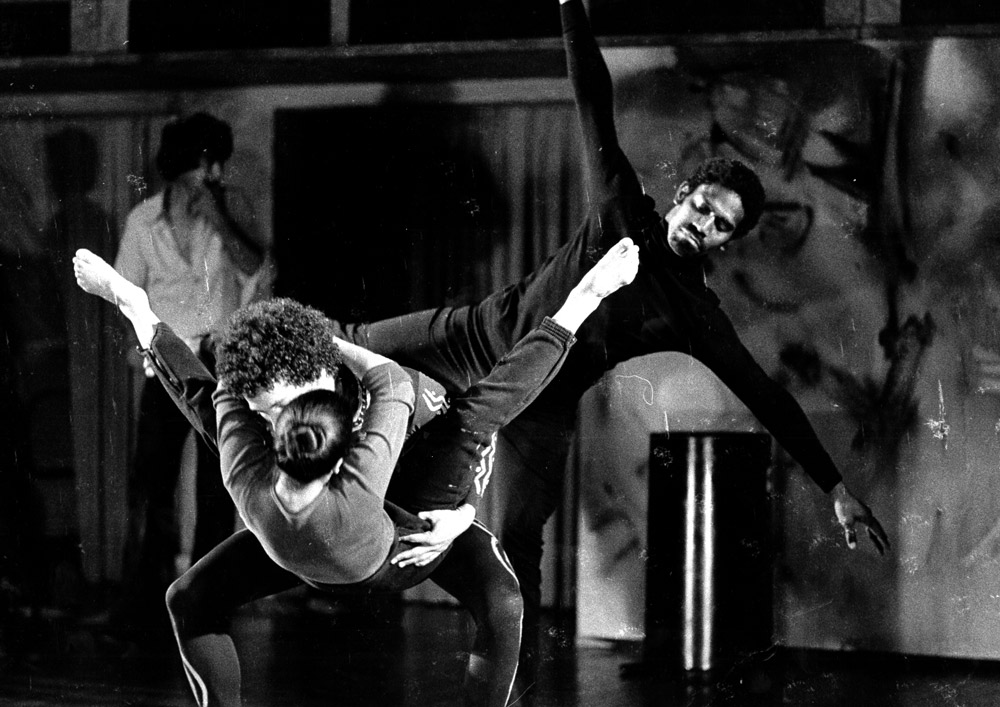 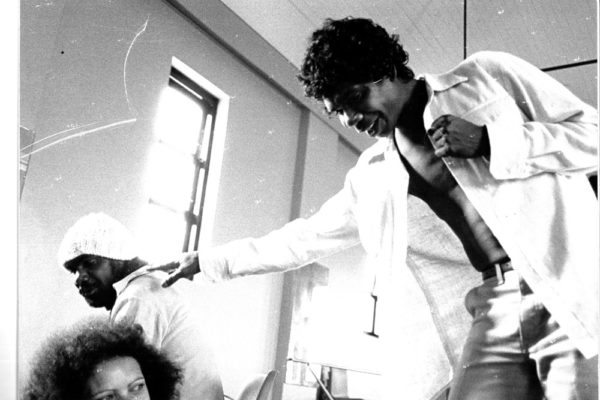 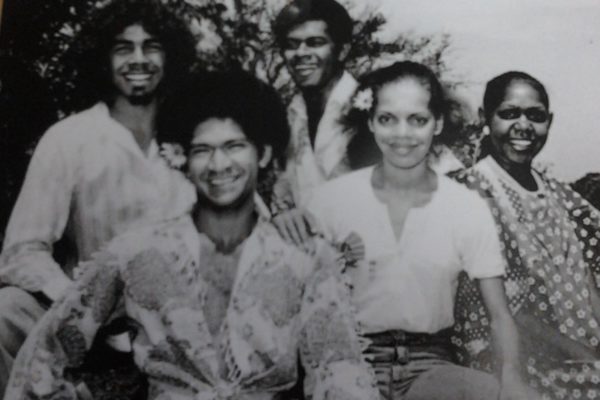 In the early 1970s an upsurge of Indigenous cultural pride led to the birth of a unique new dance form in Australia: Contemporary  Indigenous Dance.

The new dance form sprang from the collaborations of Indigenous Aboriginal dance creators.  Western trained Choreographers and traditional cultural owners, led by Carole Johnson who came together in workshops and performance.  This led to workshops for young people keen to learn and perform this new dance fusion.

This was the genesis of NAISDA Dance College.

Significant contributors to its first years of success were Sylvia Blanco, Raymond Blanco and Kim Walker.

The performance arm of this program became known as the Aboriginal/Islander Dance Theatre (AIDT) – a vibrant touring company employing students and graduates of the new Careers in Dance training program.

The training side evolved into the National Aboriginal and Islander Skills Association – now known as NAISDA Dance College.

The first Aboriginal and Torres Strait Islander Choreographers from NAISDA were Wayne Nicol and Dorathea Randall.

NAISDA’s first International studying grant for an Aboriginal dancer was awarded to Michael Leslie who received the Churchill Fellowship in 1981 to study at the Alvin Ailey Dance Theatre.

For its first thirty years NAISDA was located in the Sydney metropolitan suburbs of Redfern, Glebe and The Rocks.  In 2007, the college relocated to the Mt Penang Parklands on the Central Coast of New South Wales providing an opportunity for growth and development.

The current NAISDA facilities are a mix of purpose-built spaces and existing refurbished infrastructure which now consolidates the campus on Darkinjung Land.  The NAISDA campus sits within the Mt Penang Parklands Kariong.  The precinct is listed on the NSW State Heritage Register as a site of State Heritage significance.  The site was the former Mount Penang Juvenile Justice Centre (1912-1999).

In the 21st century, NAISDA Dance College is more relevant than ever as young Aboriginal and Torres Strait Islander people look to redefine their roles in this very different Australia.  However, some aspects of NAISDA never change.

“NAISDA is a rich place of learning and the cultural connection I experienced there greatly assisted my dream of becoming a professional dancer and then directing my own company”.

“NAISDA deconstructed me.  It gave me a real sense of pride in my individuality as an Indigenous person and my culture”.

“Since I was 9 my dream was to be a Bangarra dancer.  At NAISDA I learnt to tell stories through my body and I’ve taken that with me to Bangarra”.

NAISDA  is proud to acknowledge people who have made a significant and lasting contribution to NAISDA’s cultural development during its history. While this list is many our official acknowledgment of this began in 2011.

In 2012 the Inaugural award of Life Membership of NAISDA was presented to Uncle Percy Jackonia for his inspirational connection with NAISDA, AIDT the performance company and the growth of contemporary and cultural dance to all of Australia over his many years with NAISDA

In 2013 the award of Life Membership of NAISDA was presented to the Founder of NAISDA Carole Johnson for her passion for contemporary Indigenous  dance development and for being the mother who brought NAISDA into this world. Carole was also awarded the title of Artistic Director Emeritus of NAISDA Dance College.

In 2014 retired inaugural Chair of NAISDA Ltd Richard Shapter was awarded Life Membership of NAISDA for his contribution to NAISDA’s development and re-location to Mt Penang Parklands and his leadership as President of NAISDA Board during the transition of NAISDA from a community based association to a national structure which is now leading NAISDA into the future.

These awards are presented at the NAISDA graduation each year.